The Funniest Person in the World - in English!
Osta liput Tilaa tarjoilut

This unique event is all about Ismo Leikola’s English stand up comedy. You will hear jokes Ismo tells on stage in the US and worldwide. The ultimate observer, ISMO is able to make people see familiar things anew through his unique perspective.

ISMO started his comedy career in 2002 in Finland; becoming one of the top performing comedians in the country today. Ismo made his US debut in 2014 at the Laugh Factory in Hollywood where he won the title of “The Funniest Person in the World.” In December 2015, he relocated to Los Angeles from Finland, and now performs to sold-out crowds around the world including: US, Canada, Australia, Mexico and Europe.

Show is in English! 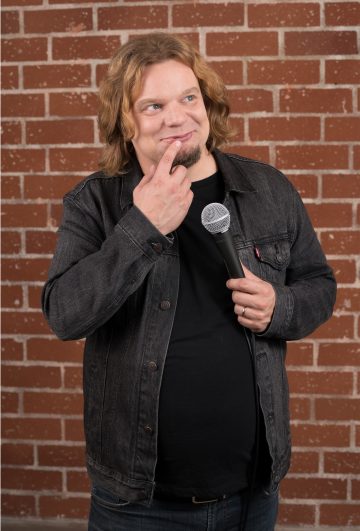